The campaign is inundated with tweets on a daily basis, the vast majority are tweets of support. People telling us they like the campaign, asking how they can get involved and occasionally and tweet from a councillor or MSPs signing up to the campaign.

The majority of MSPs are behind us. Over half of the Scottish Parliament back legislated quotas for women, they understand the powerful consequences of institutionalised inequality. But every so often (actually quite often) we get tweets that perpetuate myths, that misunderstand the campaign and sometimes are just plain wrong.

It is intriguing to us, that despite significant evidence, some people find the prospect of social justice for women problematic. It is usually the same myths over and over again. Sometimes by the same people…I mean a couple of them are just, like, obsessed with us…

Here are the top tweets:

1. Why are you only fighting for the “top jobs” 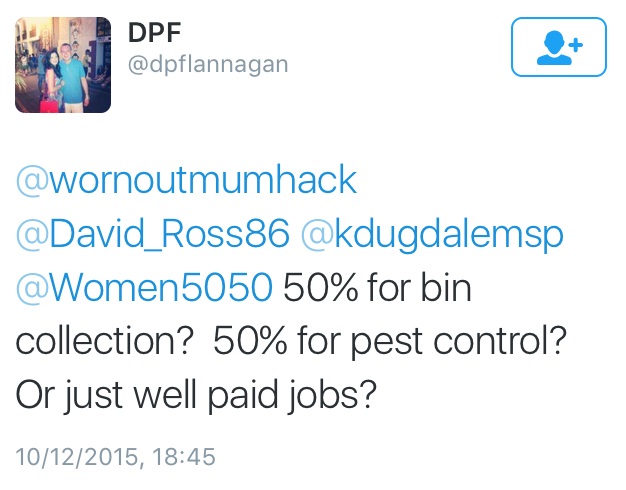 The answer: Do bin collectors or pest control govern decisions which effect our lives? Do they control budgets? Are they part of the most significant decision making bodies? No, they are not. What they do is vital, of course. But there are decisions made about Scotland, without a representative sample of Scotland around the table. It is pretty obvious why more women need to be there and why that is worth fighting for. Oh and well paid? We fight for more women councillors where the salary starts at £16,000 and women on public boards which are in the majority, unpaid. 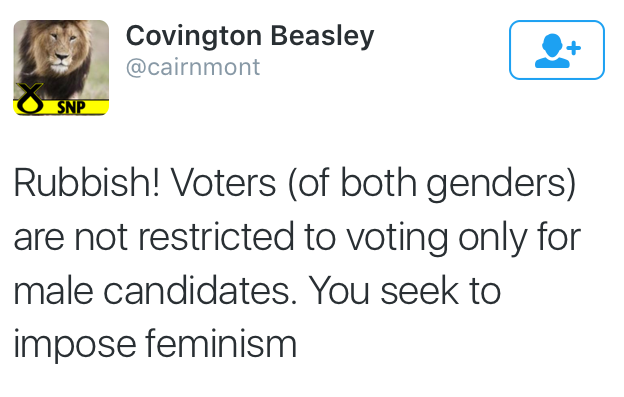 Answer: When the candidate list is a majority of men, then voters are not getting a democratic choice – their choice is restricted by what is available. We have no way of knowing what voters would choose, because they are yet to have a fair choice! 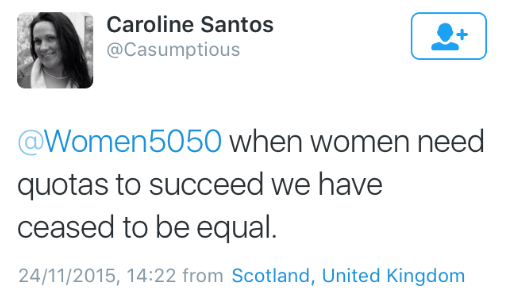 Answer: ceased being equal? That implies we are equal now; pay gap, motherhood penalty, violence against women, cat calling and under-representation is equality? That’s news to us. Women with merit can and should be able to over come institutionalised barriers through quotas. This implies that women who have become MSPs on all women shortlists are less equal to their male counterparts in the debating chamber. That is just offensive to all the competent women. 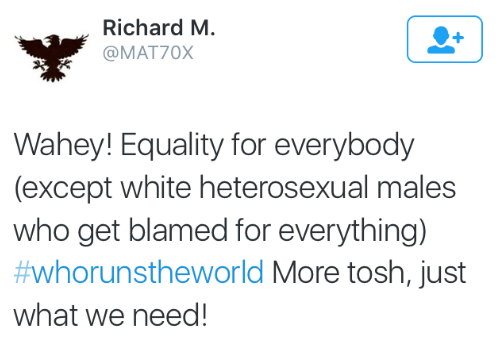 Answer: Nobody is blaming men, it is odd that when we discuss equality for women, your response is to assume it takes away from men. You should probably reflect on that. 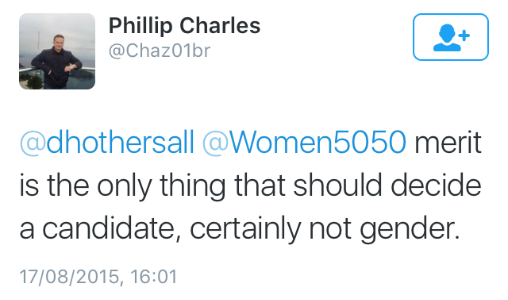 Answer: We quite agree! It should be on merit, not gender, if only it was like that right now. There is an over-representation of men – is that not a position based on gender? Or do you assume that somehow, by some genetic disposition men are just more likely to be leaders? Of course not. Quotas give women with the merit and ambition the door into these positions. They still have to be selected by their constituents, they still go through the same procedures and they still need to convince voters to vote for them – all the same, and taking gender bias that is there now out of the equation.

6. Women just don’t want to be in politics: 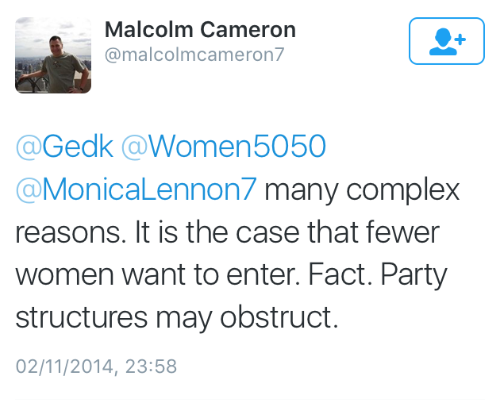 Answer: Nonsense. You really think women just “don’t want to enter” politics? You think men are just, naturally, more inclined. That’s taking the nature V nurture argument to new heights. Women appear to not want to enter it, because there are obstructions preventing them from doing so! Women are intelligent, diverse people – some interested in politics, some not so – just like men. But if we genuinely left it to women’s interests, there would be an equilibrium of men and women in politics (we also like that there is an admission of inequality within party structures just tacked on at the end).

Answer: We get it, you’ve fallen into the trap of believing the hype. Well don’t. Is there any man in politics who is made to feel like he got the job because he “fit a criteria”? No, even though their over-representation could be used in the same way – he fit the criteria of man so therefore had easier entry into politics. Funnily enough, we don’t talk about men that way. Women who enter politics through quotas have to earn it, just like everyone else. Same qualifications, same process, same democratic voting system. 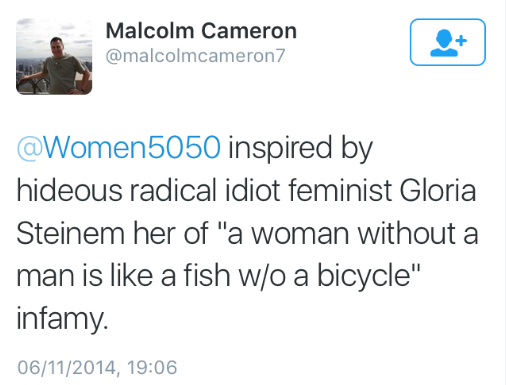 Answer: thanks pal, you seem lovely. The abuse is rather unnecessary, we would like to think you can conduct yourself in a manner better than this, but the reality is, you seem disgruntled at women fighting for their social justice and that’s not something to be proud of.

Twitter is an interesting place, but also painfully repetitive. None of the comments above are accurate, there is evidence in droves which dispels every myth. We hope this enlightens more people as to why we are fighting for women’s social justice and that women don’t choose to be under-represented – it is happening to them through systematic barriers.