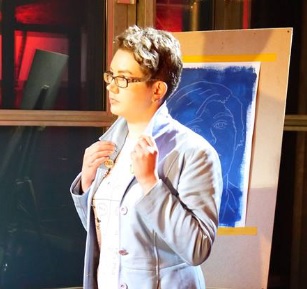 I am not someone who has always been interested in and involved with politics or someone who has always identified as a feminist.  My engagement with feminism and politics just happened over the past 5 years or so and it continues to be a gradual process of becoming more informed and aware regarding a wide range of issues, frequently getting angry about inequalities, and feeling a strong draw to get involved with others in the fight for positive change.

To me, feminism and politics are intrinsically linked.  I was encouraged to hear about the Women 50:50 campaign when it launched last year because gender inequality in politics, particularly the stark underrepresentation of women, is still a massive problem.  It is so much of a problem that a good friend of mine felt compelled to spoil her ballot for this year’s general election by writing “where are the women?” when faced with an all-male candidate list in her local constituency.

Identifying inequalities like this, acknowledging them to be a problem and taking pro-active measures to counteract them is vital.  But in a world where there is so much inequality and where different types of inequality frequently intersect, in the fight for positive change we cannot only seek to tackle one specific type of inequality while disregarding others.  Addressing the relative lack of female representation in elected roles is a significant and positive step but there is a need for more diverse campaigning also to strive for the inclusivity we all deserve in Scotland and beyond.

In recent months I came to realise that I identify as non-binary, meaning that I do not identify as either female or male.  Many measures that work to promote gender equality still do not acknowledge the existence of people like me, because they are based on a binary understanding of gender.  Gender identity is more complex than this and tackling inequality is generally a complex thing to do, because there are so many types of inequality which are often interlinked.  There is an important role for specifically targeted campaigns to play but an intersectional view on this is vital.

I welcome campaigns such as Women 50:50 and the One in Five campaign, which is working to increase political participation among disabled people in Scotland, because they are raising awareness and tackling significant areas of inequality.  All of us who face inequality need to recognise there are others who face different types of inequality.  We need to support each other and work together in order to achieve genuine, sustainable and positive change.  I am proud to lend my support to Women 50:50 as a necessary part of the continued and diverse campaigning process needed to work towards the inclusive Scotland we all deserve.