Meet the Women is a regular blog from new women MSPs who support our campaign. This week it’s Gilliam Martin, SNP MSP for Aberdeenshire East 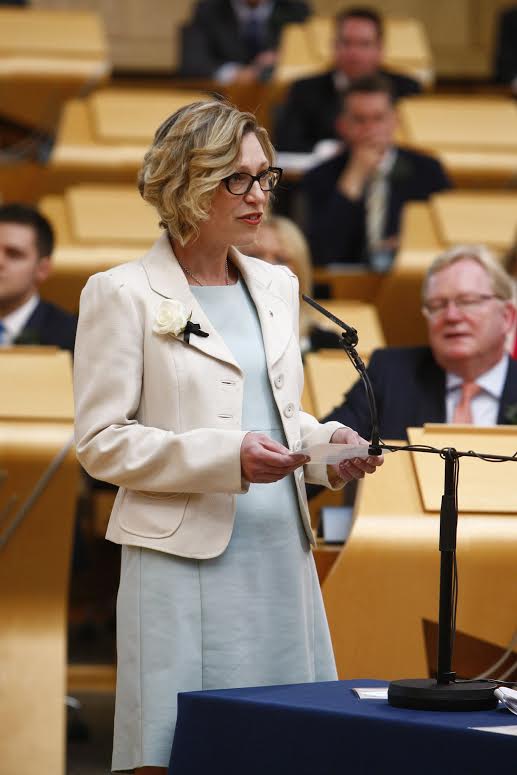 I never imagined myself as a politician and if I’m honest, I’m still a little bit dazed at the fact that I now am. I’ve always held very strong political opinions and have been arguing for an independent Scotland as long as I can remember arguing about anything, but my aspirations always lay elsewhere in terms of a career.

Up until now there have been two main threads running through my working life- the media and teaching. I have been a Further Education lecturer on and off since I graduated, mixed in with working for production and media relations companies and latterly running my own corporate and training video company.  Throughout my teaching career I’ve always been pushing my female students to overcome the barriers of a fairly male dominated television production industry and step outwith their comfort zone. So when it came to being politically involved, I took a bit of my own advice.

Like so many other women I know, it took the independence referendum for me to stop sitting on my sofa shouting at the television and get out and start actively campaigning. Women for Independence that was my first formal membership of a political organisation. I felt, like so many of us that the advantages of a Yes vote from the female perspective were getting lost, and that there were just not enough women at the town hall debates, either in the audience or on panels. So I took personal responsibility for that in my area and set up my own branch of the group, The Indy Quines.

There’s something about taking your first steps into a political arena alongside other women that made it feel more comfortable for me- I still haven’t come to grips with defining exactly what that is. When I felt ready to join the SNP, I was given the confidence to get active within the party by my campaign experience as one of the Indy Quines. I’d like to think that women will see the sheer number and variety of female MSPs in the SNP group and feel that the political arena in Scotland is less daunting. With the work of organisations like Women 50:50 and WFI as well as some political parties’ gender equality policies, it’s my hope that together we’ll break down the psychological as well as the societal barriers to more women feeling they might want to enter politics. Perhaps if the landscape looked like this 20 years ago, it wouldn’t have taken me so long to figure out it’s where I belonged!