Talat Yaqoob is Chair and Co-Founder of Women 5050: 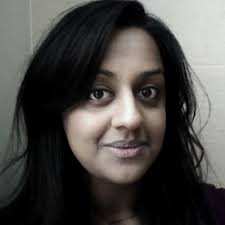 what was happening and who was chatting to Women 5050. Most of the time I see exchanges between our page and tweeters supporting one another or asking for more information. But this morning I saw exchanges which misrepresent the campaign, which try and pin one under-represented group against one another and it really got me down.

What’s worse is that the following day, the campaign twitter was asked why it was so angry, indeed I got sent an email asking why I felt it was ok to be part of such an angry and aggressive campaign.

Hillary Clinton said recently, “I’m not shouting, it’s just that when women talk, some people think we are shouting”. This is exactly what the campaign was experiencing.

Let me make something very clear. I am angry and the campaign is angry too. I make no apologies for it. In fact, I am proud of it.

Why is an angry woman such a problem to you? That’s not our problem, that’s very much your problem and I would encourage you to reflect on that.

We support every under-represented group having the representation they are entitled to – if we didn’t we would be hypocrites.

But what we are often told is “I can’t support Women 5050 because it is not fair to other equality groups”. This is an inaccurate and fundamentally problematic statement. Because it assumes that women are one dimensional. The campaign has been sent messages that it is only for white, middle class woman. At this point, I tend to simply tweet the person a selfie.

We are asked why we don’t stand up for under-representation of race for example – my response to that is simply this – what makes you think we don’t? We are run by a group of women from a diverse range of backgrounds and our supporters are even more diverse. I co-founded the campaign; an Asian Muslim woman, with Pakistani origin, who is first generation immigrant in Scotland.

Women make up 51% of the population. But we aren’t just women.

We are Black and Minority Ethnic

We are different ages

We are of different socio economic background

We are the most diverse population in the whole of society. 50% of us in parliament will not all look the same, and you do us a disservice when you think so.

I will however give way on one issue. That we are focusing on women and that not all individuals identify into such a binary concept of gender. For those who do not identify as women or as men, this campaign may seem exclusionary and for that I apologise. As an equalities campaigner, I know that there is a spectrum within gender which should be vocalised and respected. Women 5050 absolutely respects this.

We support the One in Five campaign, we support the campaign putting the “T into feminist” and organisations which are fighting for fair representation of discriminated and under-represented groups who are BME, disabled, LGBTI – you have our support.

We have also actively discussed these issues. At our conference we ensured a diverse range of speakers graced our stage. We had a workshop focusing on intersectionality and the under-representation of all groups. Repeatedly the sentence was said; “we will not have a true democracy without parity for all”.

Women 5050 does not attempt to be the answer for everyone, it is an answer for women’s representation.

We can work together and we will win together.