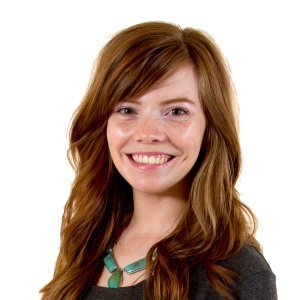 We believe that better decisions are made when those making them are more diverse. A more diverse group brings with it more experience, different perspectives and lived experiences. I’m proud that NUS Scotland has four vibrant liberation campaigns – to represent the needs of disabled students, LGBT+ students, black students and women students – and it’s a privilege for me to head up NUS Scotland Women’s campaign which exists to represent, defend and extend the rights of women students across Scotland.

Despite our track record on winning on equality issues and our work to increase representation, the student movement still has a long way to go in achieving fair representation. NUS research in 2011/12 showed that men were more likely to hold the position of president within a students’ union, with 56% of presidents being men. Women in leadership has since become a priority development area within the student movement and we’re starting to see the results already. Last year NUS Scotland passed policy to introduce quotas for women to our student executive committee. This year, we now have more women on our executive committee than we’ve seen for many years, and have the first woman NUS Scotland president in 10 years. We won’t be waiting a decade for that to happen again!

Quotas are a controversial issue, and not everyone is a fan of them, often citing merit as the way people should come to achieve their positions. If the merit system really did work now, would we really have only 17 black women professors in the UK? Or only 29% of women MPs? Or be aiming for 25% of women on company boards? (I emphasise the ‘aiming’ here – most boards are nowhere near achieving this figure, which has been cited as ‘ambitious’). I think as a temporary measure to break the patriarchal structures that keep all kinds of people out, not just women, they work. That’s why we’re particularly disappointed that MPs didn’t pass the gender quota amendment in the Scotland Bill, and we will certainly continue fighting for this.

Women are already leaders on our campuses and in our communities. It isn’t much of a stretch to demand that these women, and many more, are shaping the political agenda.