Kirsty McCahill is a member of the Scottish Youth Parliament and last year presented a support for 5050 representation at the SYP conference: 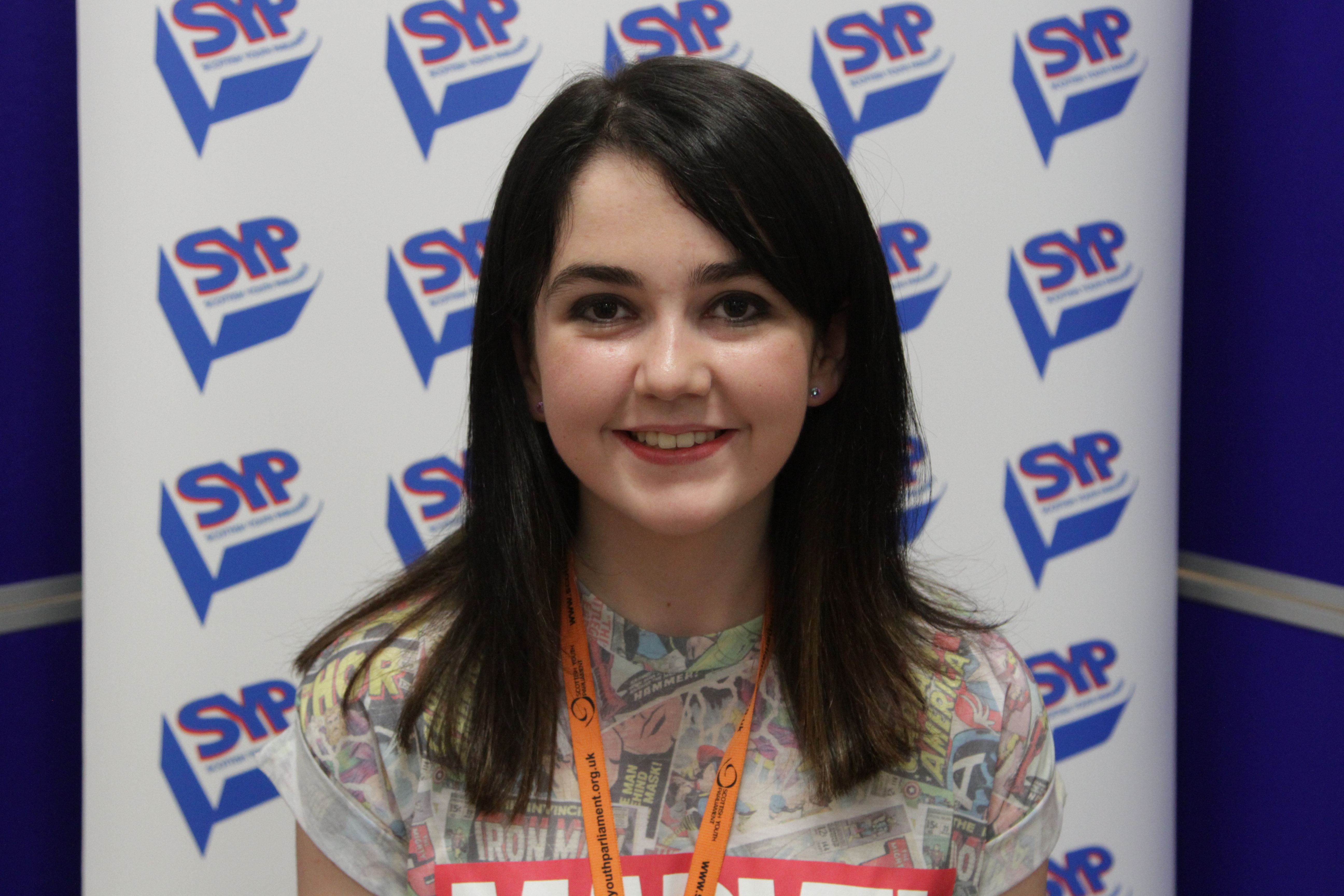 In Scotland, 34.9% of MSPs are female, despite the Scottish population being over 50% female. When this fact is pointed out, one errant response given is that women aren’t interested in politics. But how blinkered must we be to believe that women have no interest in the issues that affect them? Do we believe that women aren’t as deserving of fair representation or, even worse, aren’t worthy of an equal voice.

This is a tremendous fact, and one I am extremely proud of, not only as the SYP Equalities convener but as a young woman who is interested in politics. In my experiences, I’ve had many people say to me “Oh, perhaps you’ll be the next female Prime Minister!” Isn’t it a little funny how you’ve never hear someone say to a man the same thing in a male context? Is this because the Prime Minister is expected to be a male? Is it somehow abnormal for a woman to be in a position of leadership?

During my time in youth based politics, I’ve chaired my local youth forum, been the Convener of a committee, and sat on the Board of  SYP as a Trustee. Never once have I been doubted because I am a woman. And that’s what I love about young people – in my opinion, we have a much more nuanced and realistic view on representation and equality. Never once has my ability as an MSYP been doubted because of my gender. I’ve had the same access to opportunities as everyone else in the organisation, and that’s why I feel that SYP is leading the way for gender equality, and we as an organisation are an example to be inspired by.

In 2014, SYP elected a female chair and a female vice chair, and we currently have as gender balanced a board as possible (7 members, 4 male, 3 female) including a female Vice Chair. Our Conveners Group is completely gender balanced with a female Convener’s Trustee. We go to show that gender equality is not an idea anymore, it can be a reality.

Our census shows that young women are interested in politics, but we need to make sure that as they grow older that they are not told they can’t do the things to which they aspire to. It’s important that we recognise the strength and power of women to be strong, inspirational leaders, and we should be encouraging young women down the avenues which they want to walk. Organisations such as Women50:50 and campaigns such as the 50:50 by 2020 pledge (which  SYP supports) are doing great work to make sure that women are given equal participation. If we all do the same, and change our attitudes towards women in society, then automatically our country can strive to be a more equal nation.