Women 5050 is a cross party campaign group and we are incredibly proud of the formidable women politicians we have on our steering group; Kezia Dugdale, Alison Johnstone and Christina McKelvie. Read why they are involved and why women’s fair representation means so much to them. 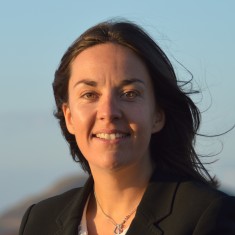 The case for having more women in the Scottish Parliament and in Scotland’s councils is simply – they make up over half of society, of course they should make up half of the decision makers in Scotland. Today we have women with the ambition, the talent and the passion to be leaders but are held back because leadership is not something we tell young women to pursue, because of the attitudes that women who attempt to be leaders have to face, because of an inaccessible politics that doesn’t look like them or speak to them.

I have witnessed phenomenal women campaigning on issues at the grassroots level, lobbying on behalf of others, speaking on stage and winning arguments, and yet when I ask them about being a leader, they dismiss the very idea often responding with “I don’t think that’s for me” or “it’s a boys club”. We can and must change this. Scotland’s political landscape is in a deficit without these women – opening the doors to their talent and experience is what the Women 5050 campaign is all about.

Progress has been made, in 1999 after calls for a 50/50 parliament from campaigners before us, the Scottish Parliament formed with 40% women MSPs, yet today we have 35%. Progress is not just slow, it seems it is going backwards. Our councils are worse, with only 24% of over 1200 Councillors across Scotland being women – we have far to go, and now is the time to take action and legislate for change. Quotas are a fair and progressive way to implement a level playing field for Scotland women.

I’m proud of the progress Scottish Labour has made. We were the first party to introduce all women shortlists over 20 years ago and today, we have the highest number of women MSPs, but I want my party, every party and the whole of Scotland to go further for equality. 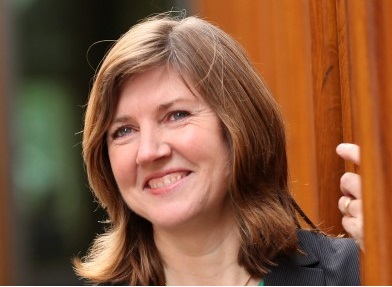 Support for Women 5050 has grown in recent months and I’m sure it will continue to do so.  Political engagement in Scotland bloomed during the referendum and that heightened level of involvement has continued.

Many women, young and old, become engaged during that campaign, found their voices and contributed on both sides of the debate.  It’s essential that they are encouraged to continue.

There is more discussion now about the need for fair gender representation in politics, but there are still those who are convinced that our representatives are all there on merit.  Globally, almost 90% of parliamentarians are men.  This tells me that action is required to provide a truly level playing field.

After all, I’ve attended meetings packed with women campaigning to keep local nurseries or hospitals open.  With less cash, less access to private transport and more likely to have had their much needed benefits cut, women understand the impact of these decisions.

But there are too few women able to influence the debate in our Council Chambers and in the Scottish Parliament.

It’s time now to make sure that far more women are involved in making and voting for these decisions.

My Party, the Scottish Greens, insists that 50% of winnable seats have women candidates.  So it can be done.  Women aren’t a minority, but the under-represented majority.

Please get involved and support Women5050.  Your support will make a difference.

First Minister, Nicola Sturgeon, has taken a significant head-on decision in making her Cabinet 50:50 and I applaud that wholeheartedly. During the Referendum campaign, all of us out on stalls, street stands and chapping the doors found there was a real groundswell of women who were determined to be heard.

That campaign changed Scotland’s political landscape. Most of those women who campaigned then have since joined the SNP because they know that our national party is doing all it can to shift to a better and more balanced position. That applies not only in politics but across companies and onto the boards of both private and public sector organisations.

In South Lanarkshire, the SNP has six women as elected politicians now: Linda Fabiani, myself and Aileen Campbell as MSPs, plus Angela Crawley, Lisa Cameron and Margaret Ferrier as MPs. That’s some contingent! There is no doubt we have the ability; what we need now is the legislation to build on that.

It is women who bear the brunt of Westminster’s welfare cuts and I constantly strive to draw more attention to that reality. The public school boys in London have little or no comprehension of the realities of the Bedroom Tax, cuts in disability allowances and the impact of benefit sanctions.

Successful businesswomen have a far harder time of it than the men alongside, as research repeatedly reveals. Sexual discrimination may be slightly more subtle these days but it certainly hasn’t gone away

All of us – including the men of course – need to encourage women to push themselves and to work hard so that they can fulfill their talents and abilities.