Gaby is a feminist, a campaigner and activist for the Scottish Green Party and on issues such as rent controls, women’s representation and European Politics. You can follow her on Twitter at @VelvetVert: 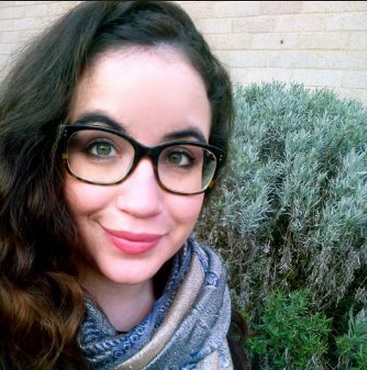 When I tell people I’m a feminist and that I believe in positive discrimination, the response I usually get is: “at the end of the day, I believe that the best person should get the job.”

What people usually mean when they say this is that the person who currently best fits THEIR understanding of what it takes to be good at that job should get the job. They mean that anyone getting the job should look like and behave like the person who already has the job.

In politics, this usually means someone who confidently throws their weight around and who is “thick-skinned”, someone charismatic, who is loquacious and articulate. And in politics, this assumption that politicians should homogeneously share these qualities is particularly problematic. After all, the electorate is anything but homogeneous, and politicians are supposed to represent the electorate.

But sometimes people who don’t seem to have those qualities could still be the right person for the job. For example, when Susan Rae was chosen from an all women shortlist to contest the Leith Walk ward council by-election on behalf of the Scottish Green Party; many complained that the standard of entries wasn’t high enough, that we didn’t have enough candidates to chose from. Rather than stop and think about how to turn the two enthusiastic and enterprising women standing into fantastic candidates; party members voiced frustration at not being able to pick the ready made thing, a carbon copy of your standard “politician”.

For Susan, being chosen to run was in her words, the first chance anyone had given her to prove what she’s made of. When I first went to hear her speak, I was unsure if she was ready. I was wrong. Susan was born ready; she has the passion, the experience and the humanity to make a wonderful politician. What she lacked then was the ability to package herself as a politician, to play the game and act the part. By working with her, I’ve come to understand that this politician’s veneer is the easy bit, that bit can be taught. The problem is that this shiny polish is sometimes mistaken for the substance. As she highlighted in the local hustings, her CV matches Lewis Ritchie’s (Leith Walk’s new SNP councillor) point for point; apart from the fact it took her an extra 25 year to get there. But those are 25 years she spent developing the substance not the veneer!

Susan absolutely flowered as a candidate throughout her campaign; and even though she lost the by-election, she scored the highest vote share the party has ever recorded and was the only candidate never to be placed last in the list of 10! The Scottish Greens may have lost this election; but they have won a fantastic candidate.

The lesson’s I’ve learnt from this election is that as parties we should select for substance, and teach the polish. I’ve learnt that sometimes it’s more important to recognise someone’s potential than their current ability: sometimes it’s more important to help build a good politician than to win the election. I’ve learnt that good politicians need to be made of good substance; and that if you give women of substance a chance, you won’t regret it.