Nadine Aisha Jassat is a writer and feminist activist who works with young people to tackle gender based violence: 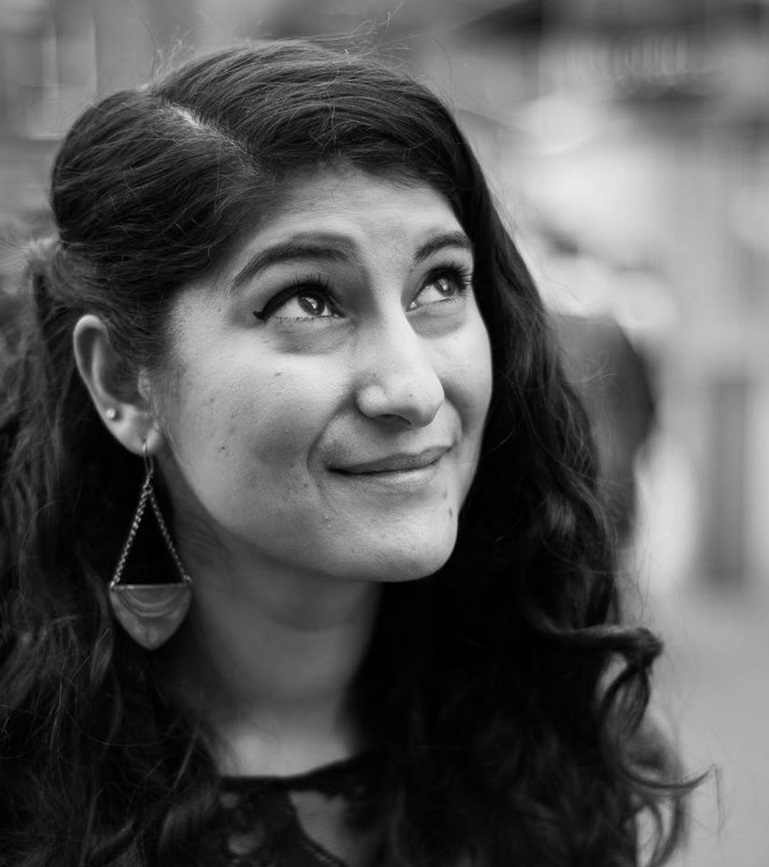 I was speaking to a group of young people recently about sexism in the media, and I raised with them the issue of racism, also. To help the young people in my class empathise and understand why the lack of representation of people of colour in the media is a problem, I explained about my own experience growing up mixed race and Muslim. I asked them how it might feel to a young person to see narrow stereotypical portrayals of their community in the media, portrayals which focus on parts of them exaggerated and distorted with the media’s own agenda. If we are portrayed it’s not because we’re human beings, it’s because of the categories we belong to – if we appear in Hollywood films, then what’s interesting about us and our contribution to the plot is our race, or our sexuality, rather than it being just another part of us with the focus instead on our engagement in the plot. The young people were very receptive, but the most heartwarming response was a young man who as soon as I started talking about Islamaphobia had his hand up in the air like a beacon. “Hey! Hey! I’m Muslim too!!” When I greeted him salaams, his face lit up with delight. That’s what representation does to the misrepresented – it’s a mix of joy, and excitement, and a feeling of finally. Finally, there’s someone who may have a tiny bit of insight into what things are like for me. Finally, there’s someone who may understand some of the references I make to things going on in my life. Finally, there’s someone who understands what it’s like to be in this minority, too. Finally there’s someone who may not tell me that I’m overreacting or just being too sensitive. Finally, it’s not just me.

I walked away from that meeting on a high. Not just because being a BME woman talking about feminism, rape culture, and islamophobia to a group of young minds fulfilled my weekly quota of Britain First nightmares, but because I saw what it meant to that young man. Later that night, I found myself in his place, when Nadiya won the Great British Bake off. Here was a Muslim woman, on my TV screen, being celebrated for her skills. I nearly wept, and it was all I could do to not shout at the screen ‘GWAAN SISTER!’ as I’m sure many across the country were. It wasn’t just me – Nadiya’s journey and hilarious facial expressions drew warmth from most people, and even Mary Berry teared up a bit. I don’t think we got emotional for the same reasons, though.  For me, when Nadiya won, it wasn’t just her winning. It was her saying a massive screw you to all the systems, all the microaggressions, and all the many things which seek to hold Muslim and BME women back. It was literally Nadiya VS the girls at primary school who laughed at how dark the hair on my arms was. It was Nadiya slamming the people at secondary school who asked if my dad was going to force me to get married, and did he have an AK47 btw. It was Nadiya putting two fingers up to the countless people who on a monthly, if not weekly, basis ask where I’m from, who tell me I don’t look ‘Scottish’, who feel they have a right to approach me as strangers in the street to determine how I happened to be here when I may in fact not be white. It was Nadiya rolling her eyes at me when a close friend told me in consoling tones that I could pass for white.  It was Nadiya having my back everytime I told people my name was Nadine, and they look one look at me and called me Nadia. In the unlikely event that Nadiya ever reads this, I’d want her to know what that meant to me. I’d also ask her if I can come round to this dinner her and Tamal are having, because that would be pretty cool too.

When Nadiya first appeared on bake off, within hours of the first episode airing that I already saw an article whose author believed that Nadiya’s place was an act born out of the BBCs alleged politically correct agenda, rather than her own talents. So when Nadiya said she can, and she will, she was sending a message not just to herself, not just to other women watching, but to her critics too. In a world which seeks to deny your existence, which seeks to marginalise and box you in, which seeks to make you hate parts of yourself, what more powerful statement to say that you believe in you.

So why write about this for Women 50:50? Because representation matters. When you’re constantly getting boxed in to narrow corners, you need other people who have lived that experience to help you smash yourself out.  You need to see other women flourishing, other women who are standing up and saying if I can, you can too. I know many have argued that it should be ‘the best man (the irony..) for the job’. But we have to ask: who sets what is considered as best? To quote Audre Lorde, the master’s tools will never dismantle the master’s house. We need to discover different ways of working, recognise different skills and experiences, rather than only valuing the knowledge, education and positions which have been traditionally prioritised in a system which has privileged those who are rich, white, male, heterosexual and able bodied. It’s Nadiya making fondant out of marshmallows, and drawing on her experience as a mother with a budget to do so. The judges were sceptical, they hadn’t thought of it before, but that doesn’t mean it wasn’t a showstopper. And for those who are elected, I want them to remember that feminism is about seeking liberation for all women, not just seeking liberation for ourselves, and neglecting to consider the impact our choices have on other women who do not share our privileges, who do not have those choices. The path we walk can make it easier for other women to walk that path too. It can also help box them in. There’s where sisterhood comes from – it’s not just about acting for me, it’s about acting for us. And when it comes to the government that decides the laws, the budgets, the reforms, I want more to see more sisters influencing those decisions. Simple as.