This blog is written by Nighet Nasim Riaz, a Phd Researchers and Associate lecturer at the University of West of Scotland and SNP activist. 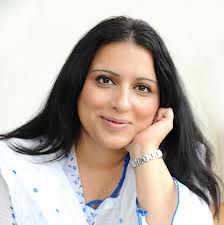 Politics has changed dramatically over the independence referendum period with many women becoming more visible and vocal on both sides of the debate. I am very proud of the precedent that we as women have set towards a different type of dialogue involving listening and talking, respectful and dignified discussions, rather than the loud and boisterous interactions I had become accustomed to from our male counterparts.

The 50:50 initiative is a progressive social movement where many of us as women can relate to, to enable our voices to be heard on an equal platform in Scottish politics. With a change in leadership for both the SNP and Scottish Government,the First Minister very quickly moved towards gender equality in the Cabinet, and actively encouraging this model across the party hierarchy. Nicola Sturgeon is a role model for many women, young, old across Scotland. We can relate to her, and we admire the qualities of a strong woman who inspires us to stand up for ourselves, be seen and be heard.

As the main facilitator of a grass roots campaign Scots Asians for Yes, I was struck by the very small number of women from minority ethnic backgrounds who were vocal in the debate around their futures and the futures of their communities, society at large and Scotland. The active ethnic minority women I met through my journey inspired and encouraged me and others to value ourselves for our important and very unique contribution to the political spectrum, during this period. Other grass root campaigns such as Women for Independence and the Radical Independence Campaign were instrumental in empowering many women from different backgrounds with the knowledge, skills and confidence to represent themselves and others.

The last couple of years haven’t been a bed of roses, and I have met my fair share of misogynists and very unpleasant individuals indeed, but on the whole, it’s been a positive and liberating experience where the majority of the people I have met have been supportive, encouraging me to challenge myself in what was sometimes a hostile environment. What has surprised me most has that the most negativity I have faced has been from ethnic minority men, who have repeatedly told me that my place was in the kitchen and asking if I didn’t have ironing to do…..  Developing skills of survival (forming a ‘thicker skin’), negotiating ‘spaces’, and overcoming my shyness to standing up for myself and others have been invaluable.

Reflecting back, my political journey has been crucial to me recognising my strengths and weaknesses, moving from seeing myself as a quiet individual to leading campaigns and encouraging both ethnic minorities and women to stand in elections, which helped me confront one of my biggest fears of never seeing myself as good enough.  We must challenge ourselves, continuously questioning our place in society, not just for ourselves but for everyone to create the kind of society we want to live in. Until we have full equality, positive action is a mechanism which must be utilised to get fair representation not just in politics, but other institutions and arenas. Let’s start with gender, but also remember those who are side lined due to their race, religion, disability, or sexual orientation. Their voices matter too.