Skip to content
This is a guest blog by Ellie Hutchinson, feminist, blogger and prevention worker at Scottish Women’s Aid. 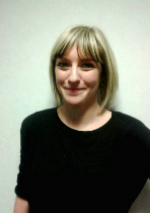 There are not enough women in Politics. Fact. There is not enough diversity in Politics. Fact.
When you look around Parliament and most the people there are white dudes called David*, you know you have a problem. Yes, David’s are important to this country, and yes they have a lot to offer, but proportionately, Dave’s are hugely over represented in Politics.
All of us deserve to be truly represented in the highest branches of power. This is one of the many perks of democracy- we get to have our voice represented by people who represent us. Of course, the issue of women’s representation in politics is a hugely complicated one-which women will speak for who? Not all women experience womanhood in the same way- so what happens if we just replace white middle class dudes with white middle class women? (spoiler: nothing good) Are more women in politics actually any better for women? (Thatcher klaxon) and finally-can’t one of the feminist Dave’s speak out for women?
Of course they can, and they do-there are lots of men in parliaments all over the world fighting the good fight for equality. But when women are better represented, areas that tend to more commonly impact on women are better addressed.** The recent cuts to public spending show just how crucial this is. When there are virtually no women round the decision making table, bad decisions are made. Women have been disproportionately impacted on by public spending cuts, and as a result women, and the children some of us care for, have hugely suffered***
When men are over represented, not only are bad decisions made, but the lack of women in politics stops more women entering politics- to steal an amazing quote “you can’t be what you can’t see”. And when women do enter the political realm, they’re met with a) homophobia b) sexism c) all of the above. Let’s be honest, the boorish, aggressive, Oxbridge jobs for the boys atmosphere of traditional politics seems pretty gross. All that guffawing. Yuck.
Both of these issues- women’s under-representation and the sexism experienced by women in Politics are absolutely intertwined. In our misogynist culture, women aren’t meant to have power. We’re not meant to be intelligent. We’re certainly not meant to have opinions. Pipe down, love. The menz are speaking.
The cultural norms that perpetuate this attitude-to be seen and not heard-are the exact same ones that underpin all forms sexism. It might seem a bit of a leap, but if you’re not seen as equal, then why should you be paid the same, treated the same, represented the same? Why should your claims of violence and abuse be taken seriously? If your voice isn’t important then why should you be involved in decisions about your body, about your health, about your economy? Women are not just under represented in Politics, we’re under represented in every single facet of life, culture and society. The only place we’re over represented is in low paid jobs and  stats about sexual violence.
There’s a global consensus that violence against women is both a cause and a consequence of inequality, so tackling over representation of men in all areas of our cultural, social and political life is vital to women’s health, wellbeing and livelihoods. The UN puts it perfectly when it says“Gender inequality and discrimination are root causes of violence against women, influenced by… historical and structural power imbalances”****. Take a walk down politically memory lane and our history is dominated by Daves. They’ve been in charge of the country For. Ever. I’ve nothing against Daves per se, but dudes- move over. You’re perpetuating a historical and structural power imbalance and that’s not cool. Not cool at all.
*or Nick or Edward or John. (you get the point)
** http://www.fawcettsociety.org.uk/our-work/campaigns/women-power/
*** http://www.engender.org.uk/content/publications/engenderwelfareport.pdf
**** http://www.endvawnow.org/en/articles/300-causes-protective-and-risk-factors-.html