Anna Cowan, is 17 and lives in Glasgow.  She along with 3 of her friends, founded and run the campaign; Girls Against 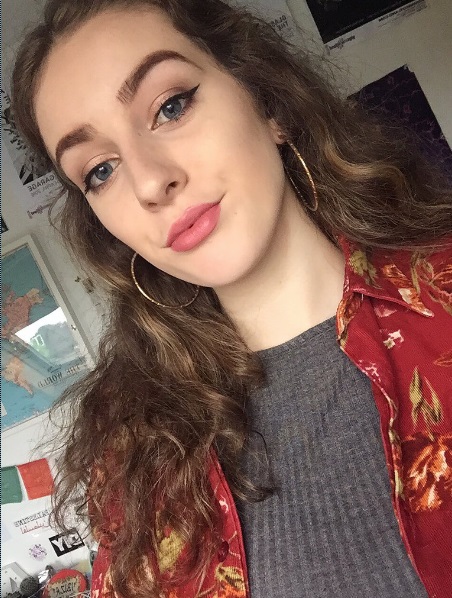 I believe all powerful political movements and campaigns begin from a sense of anger or alienation; the feeling that you’re being overlooked and dismissed – perhaps due to ethnicity, sexuality, or age. For us, it was gender. One of my best friends was sexually assaulted at a gig last year. It was difficult to comprehend at first; it had happened to so many people we knew, despite sexual assault at gigs being an issue most rarely talked about or even acknowledged as an issue. However, we all shared a mutual feeling of pure, raw anger. How could this happen in the one place we felt safest, somewhere you were encouraged to be yourself, sharing this with others who felt the same as you? How could we allow this to be taken away from us?

The four of us – Hannah, Anni, Bea and I – knew we had to do something productive with our fury by taking control over something which took control of us far too often. So we started Girls Against – a campaign to raise awareness of and eventually eradicate sexual assault and harassment at gigs. A priority for us in starting the campaign was clarifying to others that sexual assault at gigs was a result of the rape culture prevalent in our society. The reason some men may commit an assault within the context of a gig is because of the power they hold both as a result of the patriarchy, and as a result of the excuse of being in a crowd. However, this is never a valid excuse, and we refuse to allow such dismissive attitudes to be accepted, as opposed to what they should be – condemned as a sexual crime. Indeed, we are a campaign for all genders – as intersectional feminists, this is a given. However, it’s important to acknowledge that the reason so many women fall victim to assault is because of these structural inequalities in society, which result in other issues such as the glass ceiling and misogyny. We must acknowledge the fact that it happens most often to women simply because they’re women, but exclusion will exist if we exist solely for one group, hence why we are here for all. But what do we actually do?

We offer support to victims, interview musicians and contact venues and security companies. After starting up in October, we have been featured in publications such as NME, The Independent and Vice, and have featured on BBC Newsbeat and BBC Breakfast. These have been key ways in shining a light on the issue, and have been incredible opportunities to do so. We also have over 80 Reps around the world who represent us in their local area, doing all they can to highlight sexual assault to venues and musicians so to help put an end to it. Put simply, we want gigs to be a safe and fun environment for all. We want them to remain what they’re there for – a great night out, where you can forget all issues ongoing out with the safety of the walls of the venue (or gates, if you’re at a festival!).

We won’t stop until we achieve this – the fight has only just begun!

You can get involved in Girls Against by following them on Twitter: https://twitter.com/girlsagainst

2 thoughts on “Girls Against – a rally call against sexual harassment”