In this week’s blog Jenny Gilruth, SNP MSP for Mid Fife and Glenrothes tells us about why she supports all women shortlists and Women 5050: 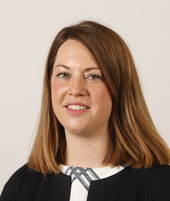 ‘My name’s Jenny and I’m an MSP because of positive discrimination.’

Quite the confession. But true, nonetheless. Would I have stood for election had it not been for an all women shortlist? Probably. Did it impact upon my decision to stand? Undoubtedly. Have I always believed in positive discrimination? Unreservedly so.

In 2005 when I was an idealistic University student, I decided to focus my dissertation on women in politics. I wrote about Blair and his ‘babes’.

‘Swept to power to the tune of D-Ream’s ‘things can only get better’ – only to become ‘window dressing.’ As part of my research I interviewed ten political women. It is a surreal memory sitting in my cold tenement flat on the landline to Edwina Currie, who told me a bizarre story about being sent a free pair of tights in the post following a radio interview. Another one of the women I interviewed was a Labour MP. She told me working class people didn’t care about the war in Iraq. And the one that made the difference – that was Tricia Marwick. Then a list MSP for Mid Fife and Scotland. Working class girl. State educated. No University degree. Presiding Officer of the Scottish Parliament. And the former constituency MSP for Mid Fife and Glenrothes – now the seat that I hold.

In 2005 the SNP didn’t have a great record when it came to female representation. Out of the 27 MSPs we had in Holyrood only 9 were women. Across Holyrood, however, female representation stood at 39%. The main reason being Labour’s use of positive discrimination. Indeed 56% of all Labour MSPs were women during session two.

But in Westminster female representation didn’t fare so well. Following the 2005 General Election only 1 in 5 of all MPs were women. In early 2006 the annual Sex and Power report found it could take another 200 years for women to reach political equality in UK Politics.

A week on from Donald Trump’s election in the U.S, how does the political landscape appear to Scotland’s girls today? We’ve a female First Minister. Both the main political opposition parties are led by women. Both of our Deputy Presiding Officers are women. And yet…the Green Party returned only 1 female MSP this year. The Liberals none. The Scottish Parliament Corporate Body is entirely comprised of male politicians. Today only 35% of MSPs are women. And whilst I am so proud that my party has now put in place measures to increase female representation, others decided lack of action has blocked progress. Of the 31 (mostly) shiny new Tory MSPs, only 19% are women. That is simply not good enough for the main party of opposition.

I’d like to believe in the idea of the American Dream. That if you work hard enough anyone – regardless of background – can achieve their goals. But the reality is that women face disadvantage which is entrenched by societal structures.

Last week Equal Pay Day marked the last day in the calendar women are paid for – relative to their male counterparts. 51 days before the end of the year.

To effect real change we need every party to adopt action on gender in politics. That’s why I support the Women 50 50 campaign – Scotland’s girls deserve better.