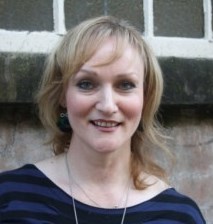 Many of us in Women for Independence have struggled for 50/50 representation for years. But, as a young, grassroots, organic movement that has inspired thousands of women to get involved in politics for the first time – it was important to ensure the widest possible democratic discussion before endorsing this latest Scottish Women 50:50 campaign. But we are glad to announce that we do. Women’s voices became incredibly influential in the referendum campaign – but that should just be normal politics. After all, we are more than half of the population.

The second part of our name is Independence for Women. So, it wasn’t a surprise that we decided to support 50/50. And I’m not alone in being a supporter of 50/50 for as long as I can remember. But what seems like obvious common sense to me can be a hugely divisive issue. When I and others in the Scottish Socialist Party proposed it – nearly 15 years ago – we had no idea how difficult it would be. There’s nothing like a positive anti discrimination measure to flush out vested interests and, in a substantial minority, downright hostility. The SSP did introduce a democratic 50/50 mechanism – but resentment lingered and had an impact on the character of the SSP for years to come. Sexism is one major reason why I am no longer involved in party politics – despite 50/50.

Our experience demonstrated the limitations of 50/50 – the most energetic resistance to it is borne of ingrained sexism and misogyny. And that culture is a harder, more long term thing to address. But that is all the more reason to implement 50/50. These questions are best brought out in the open and where people, and men in particular, really want to understand structural sexism and privilege, it can be a hugely educational process.

50/50 isn’t a panacea in the struggle for women’s equality. Whilst very welcome, the appointment of a 50/50 cabinet by the Scottish Government is unlikely to mean that gender equality will trickle down any more than wealth trickles down. But it’s action at the top. Where power is. It demonstrates that male domination is not the natural order of things. And with political will, women can become participants and influencers in the world – representative of our number. It signposts a direction of travel. It sends a message to those who complacently assert that the ‘cream rises to the top’. My pal, Rosie Kane, famously quipped in the SSP 50/50 conference debate that, “It’s fine to say the cream rises to the top, but that’s no use if the cream can’t break out of the fridge!”

Unfortunately, too often these issues arise in the immediate context of candidate selection for impending elections. This is when incumbency, vested interests, strategic goals of party leaders etc. are likely to impinge on a genuinely open discussion. 50/50 needs to go in hand with democracy. It’s no use trying to parachute preferred women into seats when it becomes apparent that so called ‘merit’ and existing processes deliver a group of the usual male, pale and stale candidates. The Trades Unions have done better at developing democratic mechanisms like reserved places etc. which are in place before particular individuals are thought to be ‘in the frame’ and before selection and election takes place.

The democratic revival sparked by the referendum, and the rising of the women, should mean there is no hiding place for parties if they revert to business as usual. It became glaringly obvious during it that Scotland, literally, has thousands of talented, capable women – any one of whom would make excellent elected representatives. It will be a sad sight, if, after the 2015 Westminster election, the busload of MPs, of whichever party, that end up in Westminster, looks the same as every other busload that has gone down since time immemorial.

So, Women for Independence is pleased to support Scottish Women 50:50. We regret such campaigns continue to be necessary. Let’s hope the political parties – leaders, activists and members – listen. Women’s equality should, surely, in 2015, be boring mainstream.

The message from Women for Independence is: women aren’t just for referenda.