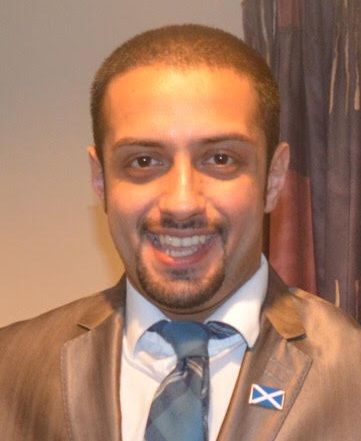 Holyrood Elections. He writes a column for Common Space and works as a pharmacist

A few months ago, I caused much disappointment with a column that I wrote on Common Space regarding women in politics, where I hastily dismissed the idea of gender quotas. Whilst the tone of what I wrote was absolutely pro-women, I recall stating, “In principle, it is regrettable that gender quotas or other forms of positive discrimination have to be undertaken in order to address imbalances.”

I came to that conclusion last year, because I genuinely felt that it was very sad that society’s general attitude as a whole towards women participating in politics was not moving in a progressive direction. But what I didn’t appreciate back then was the inhibiting factor of the patriarchy, which remains all too potent in 2016. We might be moving well into the 21st century, but we remain blighted by serious gender inequalities.

Women constitute for just over 50% of the Scottish population (according to National Record of Scotland statistics from 2014). One would think that we would have a public life that reflected the gender split of our population. But it sadly just isn’t politics where women are underrepresented in the context of matters.

The arts, sport and the media are a handful of many other examples of other areas of life where gender inequality is all too apparent. And, speaking as someone of an ethnic minority, I cannot ignore the vast inequalities that exist when it comes to the lack of people coming from a wide range of backgrounds in that context as well.

All this underrepresentation isn’t out of chance. They are the cataclysmic result of the outdated and frankly ill thought out ways and traditions that societies have been brought up with over the generations. One rule for boys and men and one rule for girls and women have without doubt fallen disproportionately in favour of the male gender.

But the main focus of this article is Scottish politics. It is an absolute scandal that only less than 35% of the current Scottish Parliament are MSP’s who are women. For a country that deems itself to have a progressive character, this is extraordinarily disappointing. And only hoping for that number to increase won’t readdress the inequalities.

Because what needs to happen now is for legislation to be implemented sooner rather than later to ensure that Scottish Parliaments in the future are 50:50 in terms of gender balance. Scotland’s current First Minister has taken the initiative in ensuring that her cabinet is half women and half men. Other world political leaders such as Canada’s new Prime Minister Justin Trudeau have followed suit.

Having an elected Scottish Parliament that is truly representative of the general population of our country is in everyone’s interest. Achieving a 50:50 gender balance will create a chamber of politicians that truly reflects our country and can lead to better policy making for all of our fellow citizens.

Further still, we should look at quotas for political representation within the media. I appeared once more on BBC One’s The Big Questions in Edinburgh this past weekend and was horrified to find that well over 80% of the front row panel were men and that only two people within that front row were representatives of an ethnic or religious minority.

We just cannot continue to see programming, especially of a political or debating nature, where there a lack of women, ethnic minority or religious minority representatives. The battle for real equality belongs to everyone and is an issue for everyone.

Equality should never stop inside the Holyrood chamber or inside a TV studio. It should extend towards the whole of Scotland and beyond. We are all better off when all of the talents of all of our people are being truly appreciated and made effective.